Australia Vs Tech. The News Media Bargaining Code & what you need to know…

We've got HEAPS of super helpful free resources to help you master your online presence.

And I love to share with you all the latest, news, tips and tactics happening in online marketing.

I’ll let you know straight up, this is a long one! But, it’s packed full of very relevant info that not only concerns business owners, but any Australians who use the internet.

Though there’s a couple of big things happening in the industry right now, let’s start first with the divisive News Media Bargaining Code that sees the current Australian Government taking on Google and Facebook.

I’m coming to you with the facts about what this code actually includes – and also provide you my thoughts on the matter as well. Any quotes are directly from the Draft Code or Google.

I first want to make two things very clear on my end…
1) I agree with supporting journalism – it’s extremely important to a healthy democracy, I agree!

2) I do believe there needs to be regulation of Google and Facebook, and that they currently hold a monopoly in the digital space. But it is a complex issue that needs further work.

What is it: “The code seeks to address the fundamental bargaining power imbalance between Australian news media businesses and major digital platforms.

The draft code would allow news media businesses to bargain individually or collectively with Google and Facebook over payment for the inclusion of news on their services.”

Breaking it down: Google is a search engine; it works as a massive online library, it links you to websites for free, and provides a brief overview of the website so you can decide if you want to engage with that business before heading to their website.

The new code will force Google and Facebook to include AND pay for Media links within the search results and on the News Feed, respectively.

Regarding Google: On your average Google results page there are 10 ‘organic’ results and a few paid ads. The ‘organic’ results are those that tick lots of factors on Google’s ranking list, and therefore is believed to be the most helpful result for you – the searcher.

These organic results are an even-playing field. Any website could rank in these top positions in Google if they tick enough of the right boxes (SEO comes in here). This keeps things open and fair. It’s all driven by the algorithm, which is constantly evolving.

No one knows how the algorithm works exactly (it’s now self-learning and makes thousands of changes per year), and if there are any major changes that impact search results – everyone finds out about them at the same time. There is no unfair advantage provided to any one company or industry.

What the News Media Bargaining Code is proposing is that Google must continue to show searchers news results within its rankings, reimburse the Media company for this link listing and also adhere to ‘minimum standards’.

These minimum standards include:

Google have highlighted how unworkable the current Code is, particularly around providing advance notice on algorithm changes. It changes thousands of times a year; in order to try and provide the notice to News publishers not only heavily impacts how Google (and Facebook) works at the very core, but it also provides an unfair advantage to only one industry – media publishers.

To put the monetary side of this into context, I’m going to paraphrase Mel Silva, MD of Google Aus…

Imagine you walk up to me in the street and ask for recommendations for a coffee shop. I tell you my top 5 recommendations and then you make up your own mind which one to visit. THEN the cafés come to me and say “excuse me, you owe me money – you just told that person about my business.”

To add to that, if I had only included on my list cafes that had wi-fi access, but I hadn’t told all the cafes this was prerequisite to be in my top list… well, now I’m going to get hit with another fee from them as well.

I don’t know what you think, but to me, that is all ludicrous!

How the negotiations will work: Within the Code media companies (individually or collectively) can notify Google or Facebook that they want to bargain in relation to their news showing on the platforms services.

If after 3 months no resolution has been reached, the media company can request arbitration – of which Google or Facebook must adhere.

The independent arbitrator will oversee the ‘final offer’ submitted by both parties, and would then “have 30 business days to choose one or the other of the parties’ ‘final offers’, which would form a binding agreement between the parties.”

The main consideration within this offer is the value of – “all news produced by a participating news media business’s news sources”, as well as the costs incurred by the news business in producing the content. Not the costs related to the digital platform.

As a business owner, just imagine if this happened to you…if your whole business was based on being unbiased between say your ‘suppliers’, but then one advised that they required payment from your for listing their brand. But when they’re not happy with your proposed $$ they have a third party come in and tell you “you WILL pay $X”.

Regarding Facebook: Very similar to Google, Facebook has outlined why the current Code is unworkable – very fair points which you can read in more detail here.

I won’t dive into the Facebook side further, as this email is long enough … and there’s more pressing updates to address re Facebook in my next email.

1) Not only does this impact the ‘free and open’ nature of the internet, it is also the very first time that one industry will receive preferential treatment. Something I do not believe in, and definitely not within the Australian media scape. More from K-Rudd here.

2) Yes, France has enacted a similar Code – but it works differently, their media industry operates differently. It is not the same, and it is also still in early stages.

3) This is a slippery slope, once one Industry receives payment for links, as well as preferential treatment on algorithm changes – what is to stop more industries petitioning for this??

4) Google has repeatedly confirmed their support of journalism and recognises the impact of the digital age on traditional media. They have proposed many changes to help support media companies, as well as funding, not just in Australia but worldwide – check out the News Showcase (read more here & here).

5) Google and Facebook are just the initial ‘digital platforms’ included under the code, but this can and would likely be expanded on at any time. Ie. if Google pulls out of Aus and we all start using Bing! then it’s likely they’d become included as well.

6) If you view this as a way to make tech companies pay more $$ back…the OECD are currently in talks to regulate multi-national tech giants globally. Aiming to achieve a global tax standard that does not leave some countries behind. Individual efforts by countries are hindering this process.

7) And just a personal beef of mine… the government is pushing this code as it apparently strongly supports and values Media, national and regional news, yet it has cut ABC funding consistently and dramatically.

Again, do not get me wrong. I support regulation of the Tech industry, and I want to see Journalism supported and media companies adapting & ultimately thriving in the digital age.

But I do not support the current Code.

If you’ve been watching the news and feeling worried about the outcome, just keep in mind that the internet is not going anywhere anytime soon, and within the industry we are already constantly adapting to keep up.

I recommend following the links within my message above to find out more. It’s proving to be a very divisive topic, always best to have a good understanding!

I’ll of course keep you posted as things unfold.

Stay tuned for my next blog in the coming week which dives into the IOS 14 update & Facebook.

Through Lauren's guidance, the business social media accounts have grown, and I can concentrate on assisting our clients instead of worrying about marketing. If you're struggling, book in a session with LMF. I cannot recommend Lauren and the LMF team highly enough!

We are very happy to have found LMF Marketing and already our small business has seen great benefits by having them onboard. Lauren and her team have been very professional and communicative throughout, with greatly improved results in our digital marketing space.

Lauren took the time to understand what out requirements were, she gave us honest and easy to understand feedback, and we have had tremendous results, and positive client feedback. I would have no issue in recommending Laurens services to anybody keen to grow their business and online footprint.

Download the list of the best SEO tools to use on your website to improve load speed. I've included the must-haves, as well as those to use on the slowest, common website platforms; WordPress & Wix. You'll be loading at speed after this!

Whether you have a new or existing site, no matter what platform you're on, irrelevant of your level of expertise... you can use my SEO Checklist to optimise your website and ensure it's spick & span for Google and customers alike! 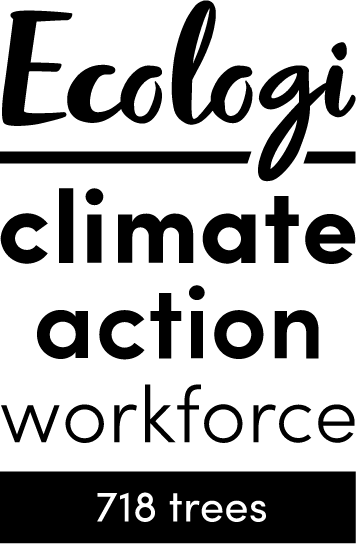 Welcome intrepid business owner! I can't wait to hear from you and see what magic we can make online.